My campaign stops sending emails for a few days, why?

Sometimes you might experience a situation when the follow-ups are not being sent, even though you would expect them to - many emails were delivered, but the rest is only queued and the campaign seems to stand still.

Email #2 in the sequence started sending, but then stopped and it remained that way for a week. You set Email #2 to go out " No sooner than after 5 days from the previous email ", and it is already week three as the campaign is running.

This is because the "No sooner than..." setting hinges on individual "last contacted" dates for each prospect. Rather than selecting one collective date for sending the follow-ups, the app makes sure all prospects get them in the relevant time frames, so exactly following the "no-sooner-than" clause for each prospect.

Some of your prospects will get your opening emails in the first week (over the next few days since the start of the campaign), but some other might get it in the second week or the following one, and the follow-up schedules will shift accordingly for these prospects.

Here's what you need to do to know when the remaining follow-ups will be due for sending:

1. Check what are the sending settings for the follow-ups:

E.g. if you're waiting for the 4th email to start sending, select "3 emails sent" to see who of your prospects didn't yet get the third one.

3. Check the "When" column for the actual dates.

Add the number of days from "No sooner than..." to these dates and you will learn when the campaign will continue sending for these prospects. 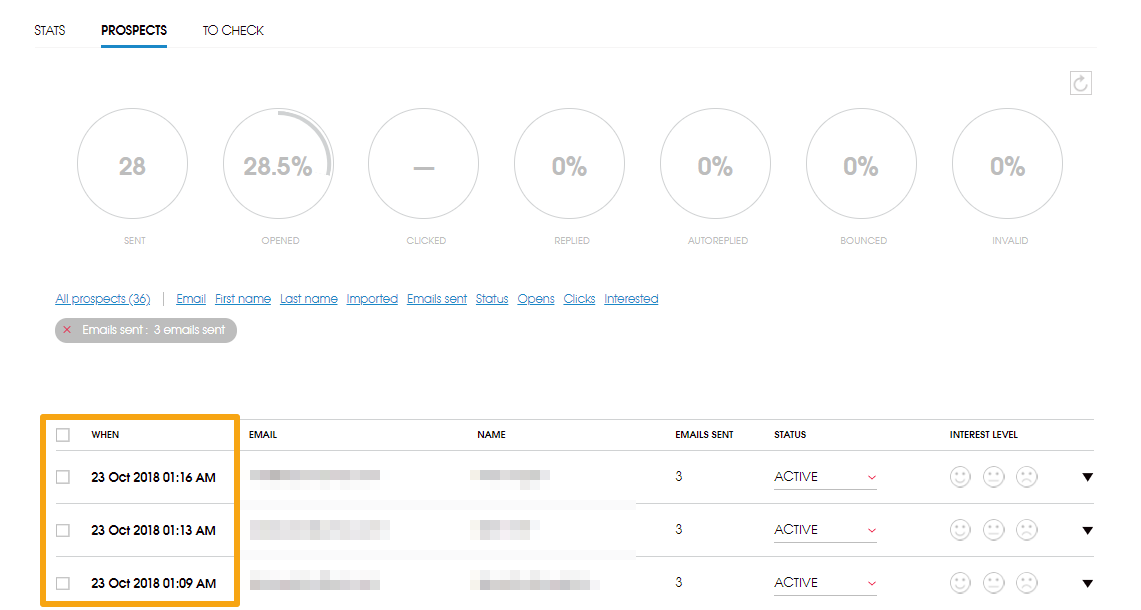