How to use AI-powered Interest Level?

How it works
How to switch it on
FAQ

The AI-based system analyzes the sentiment of the first reply received from a prospect (for now only in English) and marks its interest level accordingly. Based on the reply, the app automatically will qualify your prospects as Interested, Maybe later, or Not interested. The only difference is that the replies marked automatically by the system get a respective smiley accompanied by an AI, like in the example below: 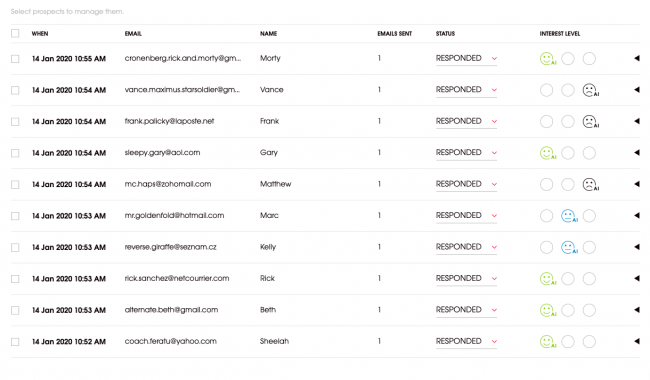 You will see results in the campaign summary as well. 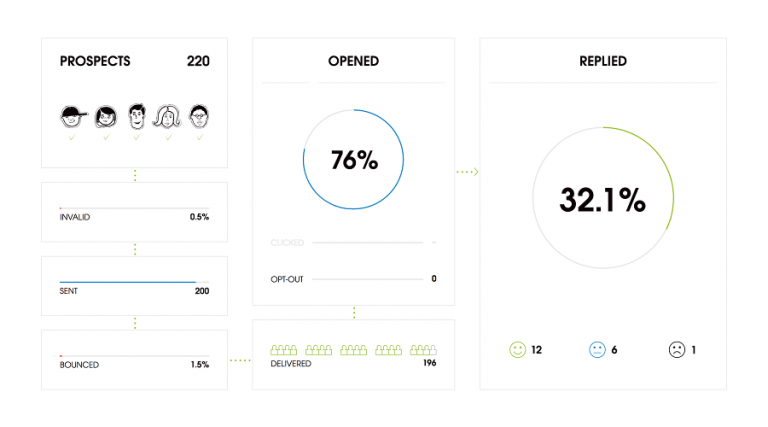 All actions in Zapier are triggered in the same way as if the interest level was marked manually. So you can set up proper automation and run Woodpecker integration with CRM on autopilot.

Our internal testing systems prove 92% accuracy. That means that sometimes the system may be incorrect. Each time you find our rating misevaluated, you can change it by choosing a different smiley in the interface. All manual corrections will help us improve the AI-powered interest level.

At this point, the system was prepared only for English, so it will not work with replies in languages other than English.

How to switch it on/off

If you've been with us already for a while now and would like to have this feature activated, let us know. You can write to us specifying your Woodpecker account.

Q: Why some of the messages don't have smileys?

We don't assign smileys when we're not sure how to qualify the reply. Sometimes it can be difficult to decipher a prospect's intention due to the message complexity, for example, words your prospect used, context, sense of humor, you name it. Also, the automatic interest level works only for English, so the replies in other languages won't be marked.

Q: Does the feature automatically mark other responses in the same email thread?

AI-powered interest level markings can be assigned only to the first reply. In case the dynamics of your conversation change, you can always manually adjust the markings. You can do that either in the campaign or when checking your messages in Woodpecker inbox.

Q: What happens when I change the interest level manually?

We remove an AI that accompanies the smiley. It's worth remembering that the more messages you mark manually, the better the system gets. That helps us improve Woodpecker for you.

Q: What happens when someone responds to an email and that message gets marked by Woodpecker as either Interested or Not interested? Does that automatically remove them from the drip campaign?

While a reply from your prospect stops further follow-ups, simply assigning interest level to the recipient doesn't. So, when you receive the response to your email, Woodpecker stops the sequence of emails for that prospect. We don't remove that prospect from that campaign so you can always check your prospect's history. Moreover, you can be sure that the campaign's statistics remain intact. Learn what happens when your prospect replies to your email »

You can access the interest level only in the campaign, so this data isn't accessible when you export the files through the main Prospects tab. Learn more about exporting data from Woodpecker »

Q: AI-powered interest level isn't activated on my account. Will Woodpecker automatically assign the markings for my old messages if I switch it on?

No, those messages won't be marked. Woodpecker will mark only the replies that you receive after enabling this option.

Read more about Automatic Way to Measure Your Campaign’s Success » If you have any suggestions or questions feel free to reach us out at integrations@woodpecker.co
Did this answer your question? Thanks for the feedback There was a problem submitting your feedback. Please try again later.