How to check if my campaign is sending emails - sent stats

Sometimes the campaign is running but you’re not sure if the emails are being sent because the stats haven't been updated.

For example, you run a campaign for 307 prospects which includes Email #1 and two follow-ups. Your sending limit is set at 200 emails a day and you’ve noticed that the numbers in the stats haven't been updated for a while - you suspect that Woodpecker has stopped sending emails.

That’s because, in the main view, Woodpecker displays overall statistics for the whole campaign.

In the campaign's stats, the 'SENT' field refers to Email #1. 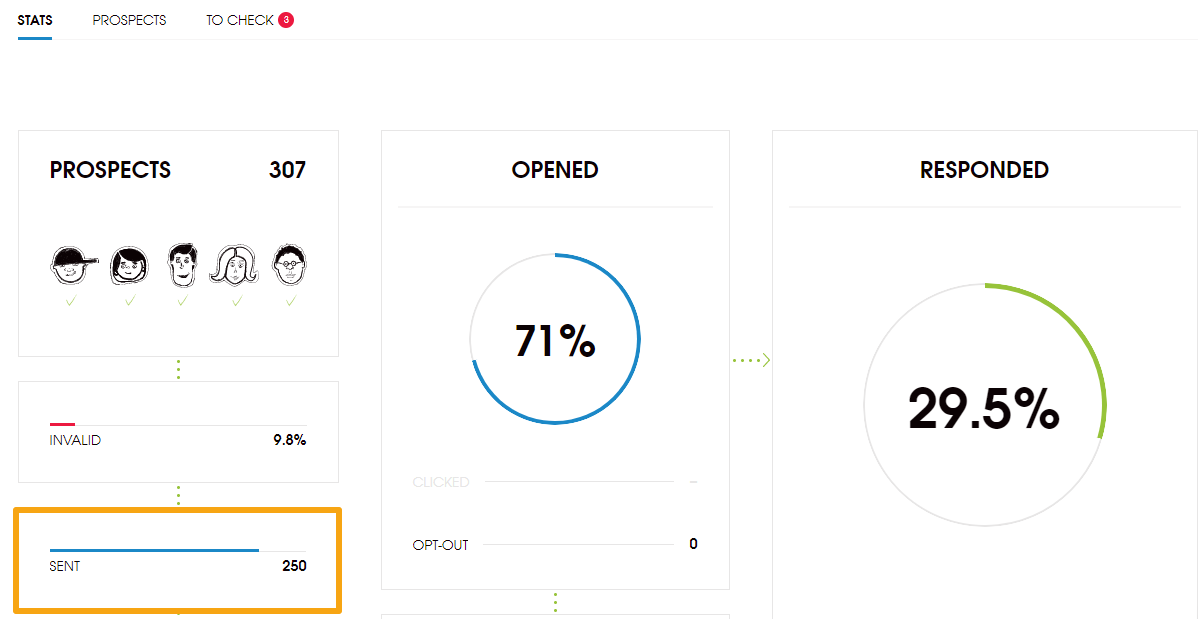 This number of sent emails is rising when Woodpecker sends Email #1 to your prospects. However, when the follow-ups are going out, they take priority over Email #1. Although the campaign is running, Email #1 won't go out until all the scheduled follow-ups will be sent. That's why this number in the stats hasn't been updated for a while. But there's a way to check the stats for all three emails.

To see stats for Email #1 and the two follow-ups, you need to scroll down the page:

Moreover, if you click on 'SENT' in the main stats view, you will be redirected to the list of the emails that Woodpecker has sent recently within this campaign:

This tab informs you when (the exact date and time) and how many emails were sent to each of your prospects.

If you see recent dates and hours in this tab, it means that your campaign hasn't stopped.